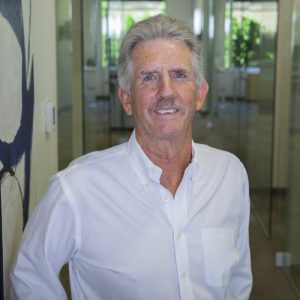 Ralph joined First Western Properties in 1979 as its first agent and he became its President in 1982. Prior to joining the company, Ralph worked for Western Pacific Property commercial real estate in Seattle. Ralph has successfully represented both landlords and tenants, investors, and sellers in the commercial real estate arena for more than 40 years.

Over the years, Ralph’s clients have included: Petco, Clothestime, Pic-Way Shoes, Half Price Books, Blockbuster, Washington Credit Union, and First Security Bank. One of his more notable transactions was locating and brokering the property that is currently the Columbia Winery in Woodinville, WA. In addition to Ralph’s efforts on behalf of his clients, he is also a partner in D&B Retail Development, LLC and has developed more than 35 retail properties in Washington.

Ralph has been a member of the International Council of Shopping Centers (ICSC) for more than 30 years. He is an active member of the community having served on the Board of Directors for: Luther Child Center, Washington Credit Union, First Security Bank, and the Seattle Pacific University Foundation.

Ralph graduated from the University of Washington with a Bachelor’s Degree in Business after serving as a commissioned officer in the US Army. Ralph was both a helicopter pilot and a troop commander in Vietnam and Germany.

Being with First Western since its inception, Ralph has had the opportunity to train and work with many of our agents. He has enjoyed watching them develop personally and professionally and go on to have successful careers. Ralph values the friendship and camaraderie of the company and the commercial real estate business.